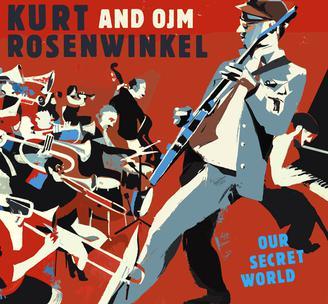 ​This terrific album revisits a number of Kurt's great compositions from the 2000s. The arrangements are excellent and impeccably played. Kurt's solos are powerful and demonstrate the full range of his artistry. It also provides an interesting point of comparison with Kurt's playing almost a decade after those tunes were first recorded.

​Kurt Rosenwinkel's standards trio toured regularly in 2009-2011 and there are a good number of bootlegs from those years on YouTube. Rosenwinkel recorded an album with one version of his standards trio (with Eric Revis and Eric Harland) and it is terrific, but it was a ballads album and featured a different repertoire than what a lot of those touring groups played, which was mostly bop tunes. I saw him playing those tunes in a concert in Montreal in 2009, which had Ben Street and Rodney Green. At that time, playing through the bop canon with more or less straight ahead arrangements was a definite departure from his previous groups and was an interesting period in his career. These Paris recordings do not have the greatest audio quality, but the playing is really superb. Having recordings of the same tunes from back to back nights gives a really full picture of his playing on these different watershed tunes. These were transcribed in the Summer of 2015.

Download KR-Just One of Those Things-Paris 2010.pdf (PDF)
View on Mobile